Monday, September 16th 2019, 5:15 pm – Humberto strengthens into a hurricane with a track that may take it very close to Bermuda this week.

Humberto continued to strengthen on Monday, becoming a Category 1 hurricane early in the day and reaching maximum sustained winds near 150 km/h by evening. While the storm is still moving on a path away from the Bahamas and the eastern United States, its course seems set to take it on a rare path — directly toward Bermuda.

Visit our Complete Guide to Fall 2019 for an in-depth look at the Fall Forecast, tips to plan for it and a sneak peek at the winter ahead

By early Monday morning, large swells were impacting much of the southeastern United States coastline. The U.S. National Hurricane Center (NHC) warned of “life-threatening surf and rip current conditions” over sections of central Florida and North Carolina for the next few days. Humberto is also expected to drop another 50 mm of rain on the storm-ravaged northwestern Bahamas as it crawls away from the U.S. coast. 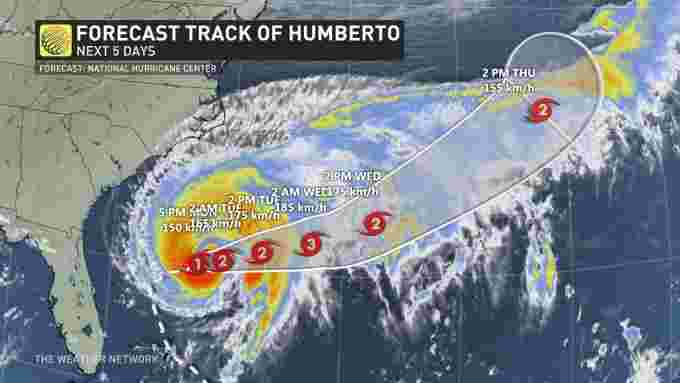 IT’S TIME TO HELP: How one Canadian is trying to impact Bahamian relief

Despite its isolated position in the Atlantic, direct hits from hurricanes are relatively rare in Bermuda, with prevailing tracks generally curving closer to the Eastern Seaboard.

While the track will be adjusted as the storm continues on its path, model guidance suggests that Bermuda will see, at the very least, some tremendous waves as the storm passes this week. 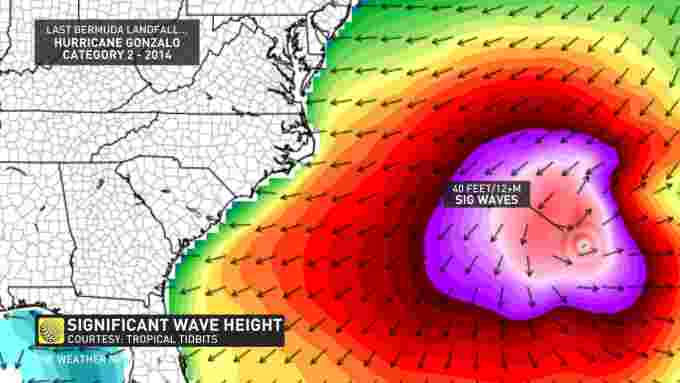 Longer-range models suggest that some of these major swells may ultimately impact the shores of Nova Scotia as well, though that will depend on the eventual strength and track of the storm.

The last major hurricane to make a nearly-direct hit on Bermuda was 2016’s Hurricane Nicole, which blasted the island with 220 km/h wind gusts and more than 170 mm of rain, even though the centre remained just offshore. 2014’s Gonzalo was the last Category 2 hurricane to make landfall. 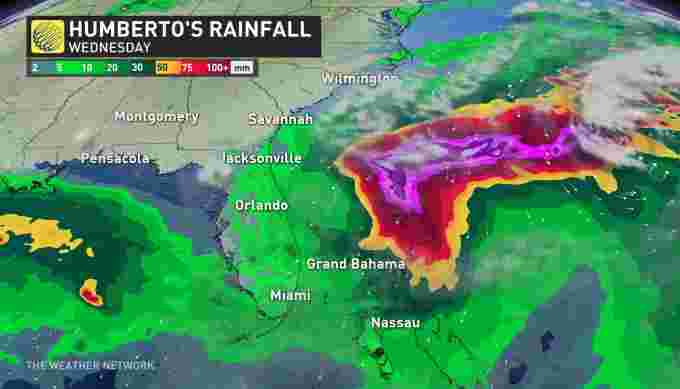 The NHC is also monitoring a few other disturbances as activity in the Atlantic continues. Another unsettled area, currently traversing the Atlantic Ocean, is expected to become Imelda, the next named tropical system of the season. Forecasters have raised the chance for development on this system to 90 per cent through the next five days. 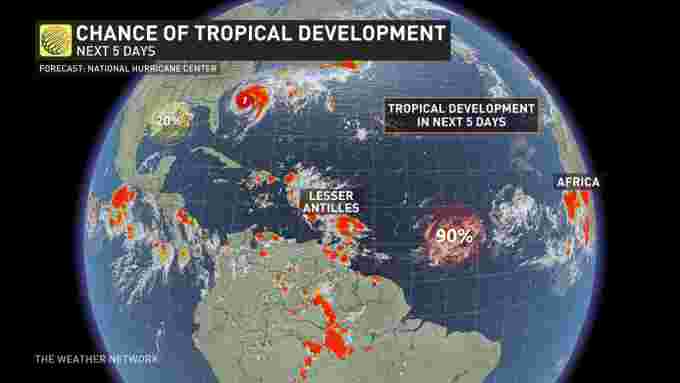 Closer to home, a disorganized region of storms in the Gulf of Mexico is unlikely to become a full-fledged tropical cyclone, but will still bring heavy rain to parts of Texas and Louisiana later this week.

Stay with us here at The Weather Network as we continue to cover the peak of hurricane season.

WATCH BELOW: VIEWS INSIDE A HOME IN FREEPORT, BAHAMAS AFTER DORIAN ARE SIMPLY DEVASTATING