VATICAN CITY (RNS) — Cardinal John Henry Newman, a Catholic convert who was able to bridge the divide with the Anglican Church and was among the most respected theologians of the 19th century, will become a saint on Sunday (Oct. 13), as Catholicism faces new divisions from within.

“Some people say this is a battle for the soul of Newman,” said Jack Valero, the promoter of the English cardinal’s canonization cause and co-founder of Catholic Voices, speaking to reporters on Friday.

“To me that’s a gift in this time of polarization of the church,” he added.

Newman (1801-1890), who converted to Catholicism at a time when he was already a prominent Anglican priest, was made cardinal in 1879 by Pope Leo XIII. Best known for laying the foundation of many of the debates that shaped the Second Vatican Council, especially lay involvement in the church and ecumenical dialogue, Newman has become a favorite in Catholic intellectual circles as an advocate for both conservative and progressive positions.

He will become the first nonmartyr saint from England in 600 years on Sunday, along with four notable religious women of diverse backgrounds: Italian Sister Giuseppina Vannini, Indian Sister Maria Teresa Chiramel Mankidiyan, Brazilian Sister Dulce Lopes Pontes and Margarita Bays from Switzerland, who belonged to the Secular Franciscan Order. The women have in common a dedication to the poor and disenfranchised.

The canonizations take place during a gathering of bishops at the Vatican Oct. 6-27 to discuss the Amazon region that has brought to the fore the inner divisions and tensions plaguing Pope Francis’ pontificate. The main points of contention are the possibility of allowing married men to be ordained to the priesthood and opening up to the female diaconate. Both moves would be aimed at ministering to the largely isolated indigenous communities of the Amazon.

Newman, Valero said, “wasn’t afraid to look at new things. If he were here today at the Amazon synod, he wouldn’t be afraid of the topics that are being studied.” He added that the cardinal would “be happy” with the spirit of dialogue and openness ushered in by Pope Francis, since Newman’s main focuses were formation, training and following one’s conscience.

The cardinal’s reflections on conscience, or “God’s voice from within,” as he called it, have been used by conservative and traditionalist Catholics to oppose the primacy of a pontificate with which they find themselves at odds on questions ranging from marriage to the environment.

“I shall drink — to the Pope, if you please — still, to Conscience first, and to the Pope afterwards,” Newman wrote in a letter to the Duke of Norfolk. This phrase has often been at the center of debates questioning papal authority and infallibility and subject to the same amount of misunderstanding as abuse. 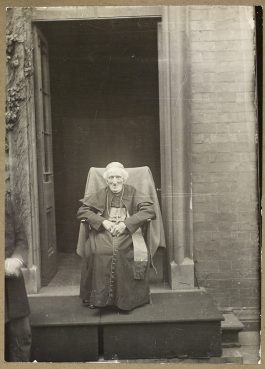 His positions on the evolution of doctrine and the need for further involvement of laypeople in the Catholic Church have made Newman a favorite also among progressives, who see him as a prophetic voice in a time of financial and sexual scandals.

According to Valero, the church and society today have lost sight of the importance and meaning of friendship, which Newman took in high account, having had numerous lifelong friends from all corners of society.

“I think he could perhaps become the patron saint of friendship,” said Valero, adding that Newman’s example could encourage ecumenical relations between Catholics and Anglicans. “Nowadays when we Christians come together to give witness to the world, which is very secular and antithetic to Christian ideas, he can give us what we need.”

The Anglican Church was the first to joyfully respond to the announcement of Newman’s canonization, Valero said, and it will be organizing numerous events and prayer ceremonies in the days leading up to the event. Prince Charles will be attending the canonization, as well as many bishops from England and Wales.

Newman “lived in a century that was very rationalistic, where atheism was spreading, and he gave people the ideas that would enable them to have faith,” Valero said. “I think that is very important for us now as we stand together, Anglicans and Catholics. We can make use of that.”